Summer’s here and that means it’s time for the Mahoning Drive-In VHS-Fest!

Once again, Alternative Cinema is on board to unveil special limited-edition Blu-rays, VHS-tastic releases and more at this one-of-kind analog & cult film lover’s event where classic shot-on-video and VHS release movies are projected on the BIG SCREEN!

Special guest at the event is long-time Alternative Cinema collaborator and friend, director Pete Jacelone!  Along with autographing VHS, DVDs and Blu-rays of his many films, Pete will be retailing copies of some of his favorite projects, including some brand-new limited-edition Alternative Cinema releases premiering there this weekend!

Tickets are still available so visit Mahoning Drive-In VHS-Fest! to find out more about this one-of-a-kind analog lovers get-together located at 635 Seneca Road, Lehighton Pa 18235.  And if you can’t make it, you can still get ahold of our newest collector’s releases right here, while supplies last.

ei Independent Cinema’s first in-house production from 1996 stars JJ North and Theresa Lynn as two radically different sisters traumatized by the murder/suicide of their parent and rape of their sister. Committed to a sanitarium, the two are eventually deemed fit to reenter society – at which point they embark upon a vicious murder-torture-mutilation spree! This is a 2-DVD set Shot on film, this is Pete’s bigger budget more extreme re imagining of his freshman directorial effort NOW AVAILABLE AGAIN ON DVD!

Scream queens Misty Mundae and Raine Browne star in this shocking tale about an ambitious artist who begins a maniacal torture-murder spree after cracking under the pressure of an important commission!  NOW AVAILABLE FOR THE FIRST TIME ON BLU-RAY!

And Speaking of VHS…Did You Know Alternative Cinema Has a Series of Limited-Edition VHS, Most for only $19.99?  Get Yours While Supplies Last! Highlights below, find the full assortment available here!

Limited to 100 copies! Years ago, on Halloween night, a group of childhood friends watched in horror as a member of their Babysitter Club was abducted by a masked stranger.  Now, haunted by their tragic past, the young women plan a bittersweet reunion before heading off to college.  But on that night, a sinister guest brings chaos and fear as one-by-one the women are stalked, mutilated and murdered…is the killer a specter from the past, or is there a new Babysitter Club Killer? Directed by Henrique Couto.

It's been 24 years since the deranged serial killer Douglas Fisher was executed by police on Easter night, and his gruesome story became a terrifying urban legend.  Then, during a drunken campfire ritual, a group of teens accidentally conjure the spirit of Douglas Fisher... aka the bunny masked killer! Unless they can stop him before Midnight on Easter, the evil bunny slasher will tear their town and everyone in it into pieces.

Left for dead after the brutal murder of his father and fiancée, up-and-coming kick boxer Alex Hunter (Curtis Bush) embarks upon an odyssey of vengeance.  Coached by a wheelchair-bound Vietnam Vet, Alex is transformed into an avenging street fighter - a one-man vigilante and skull-crushing killing machine known as The Dark Angel.

The 1989 cult classic! In a run-down apartment building in NYC, a student stumbles across the remains of a cult and transforms into a murderous, slime-dripping monster! Directed by Gregory Lamberson (Slime City Massacre).

An anthology in the vein of VHS and ABC’s of Death, Night Terrors delivers three gore-filled tales of shock and terror! A resentful older sister fills her brother's head with bizarre tales of terror, blood-soaked memories and nightmares of perversion after learning that she must baby-sit and miss a party.

Kill, Granny, Kill is an outrageous, gore-filled and over-the-top tribute to 1980s exploitation cinema, featuring the most amoral and degenerate Granny in the history of cinema.  When this Granny says, “no cursing”, she’s not f*&king kidding. Directed by Jacob Ennis (Stash, Hillbilly Bloodbath) 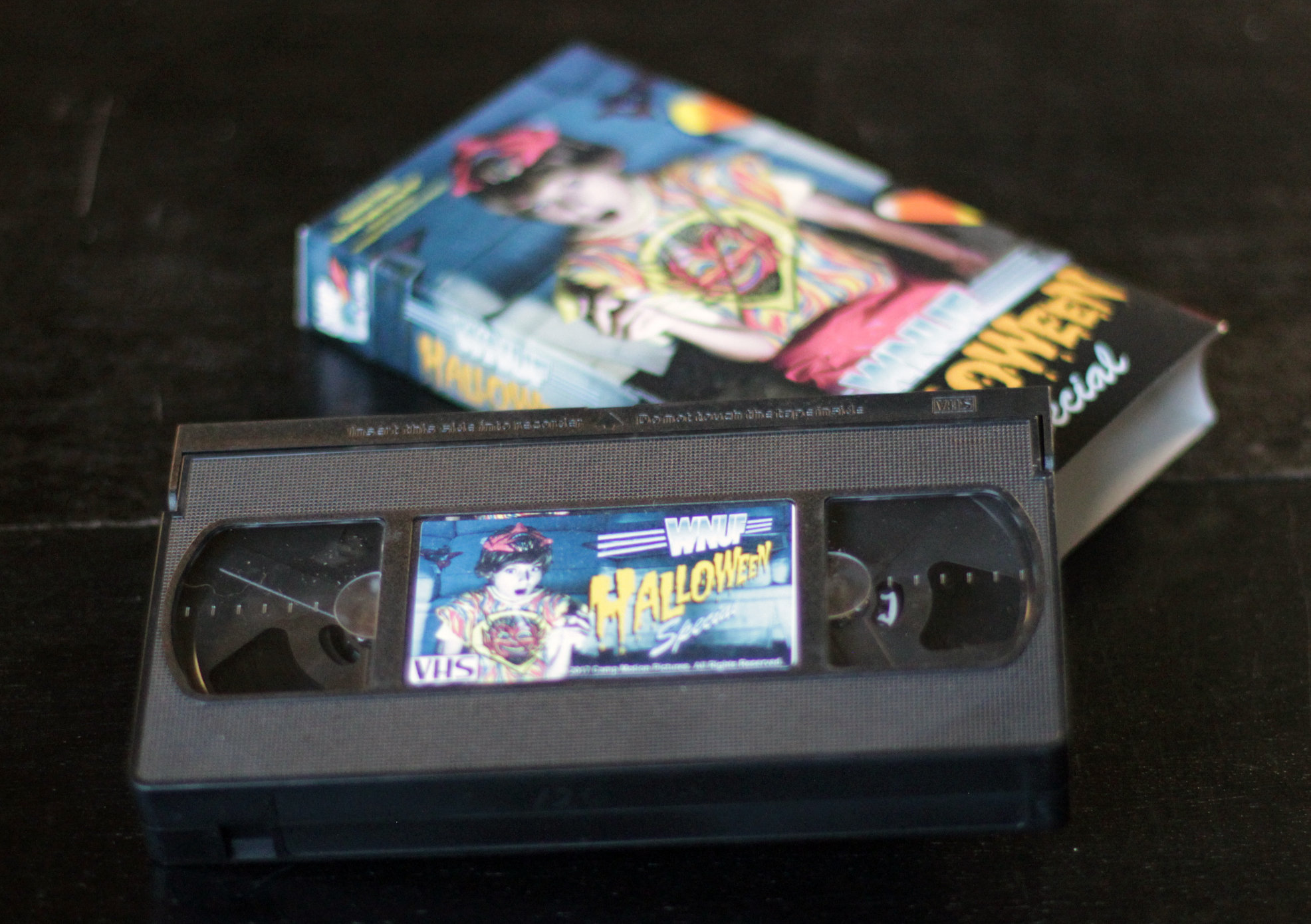 (Supposedly…) Originally broadcast live on October 31, 1987, the "WNUF Halloween Special" is a mesmerizing expose of terrifying supernatural activity that unfolded at the infamous Webber House, the site of ghastly murders.

Local television personality Frank Stewart leads a group of paranormal as they explore the darkest corners of the supposedly haunted Webber House, trying to prove the existence of the demonic entities within. Did they find the horrific truth or simply put superstitious rumors to rest?

The first feature film by the then-teenaged Polonia Brothers, whose last name would soon become synonymous with polarizing micro-budget genre features, SPLATTER FARM tells the story of twins Alan and Joseph, who uncover murder and madness during a summer visit to their Aunt’s home.

LIMITED BIG BOX VHS includes SO MANY EXTRAS YOU HAVE TO GO TO THE PRODUCT PAGE TO SEE THEM ALL!